The pattern-a-day from the Kansas City Star collection is going strong, we're up to Day 84 The Old Fashioned Goblet. You can see the patterns on my Facebook page.

I have been asked by a few followers if I am making every block.  Wish I could but as I think, I'd like to make this one, I go ahead and do it.

Here are my blocks from January, February and March. 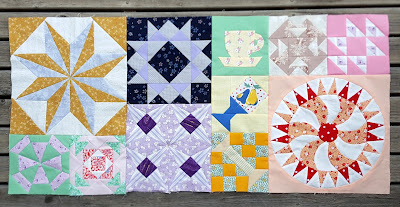 From top to bottom, left to right:

I haven't actually made all of these in the last months, some blocks I already had in my Sample Block box.  For example, I made Rising Sun on my holidays twelve months ago.  I was at Narooma, New South Wales and looking at the block reminds of that time.  I am supposed to be back in Narooma right now for holidays, but since the world turned upside down that didn't happen. 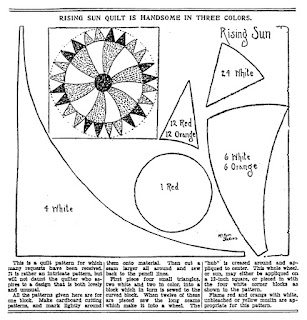 These are not all the blocks I have made in the last months.  I have more that are going into a different setting but they are not quite ready for release yet.  I'll get on to them next.