Empire Star & May the Fourth

Last week was Star Wars Day, as in "May the 4th be with you" 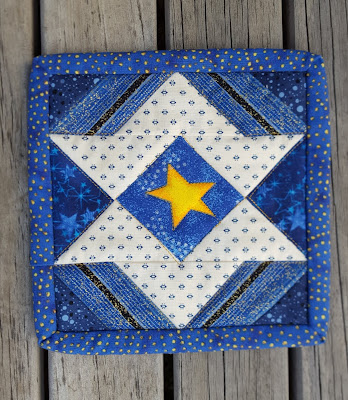 My block of the day is Empire Star.

If you Google this block you will find is can be made entirely of half square triangles. Like this: 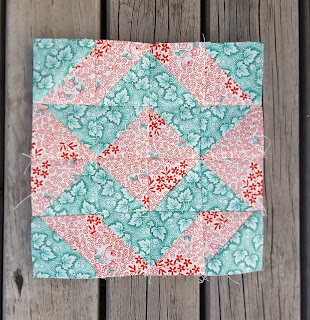 I didn't think this was a traditional block but I was wrong.  BlockBase lists the source of this block as the Hearth and Home magazine. Barbara Brackman has a post about the quilt designer for Hearth and Home, Clara Stone. 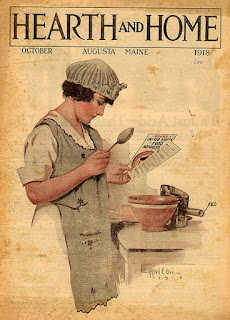 Clara Stone's patterns were collected and published in 1906 in a booklet called Practical Needlework. 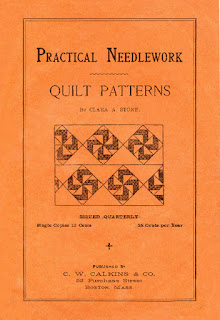 1906!  That is twenty years before Ruby McKim and Nancy Cabot.  Brackman says the McKim and Cabot most likely used Clara Stone's patterns as a source document.
The post has a number of Clara Stone's blocks, and then, almost as an afterthought -


You can have a copy of Clara Stone's innovative booklet as a free PDF here:
http://www.antiquepatternlibrary.org/pub/PDF/StoneQuiltPatterns.nw.pdf


Jackpot! I downloaded the PDF and printed it out.  It reminds me of the quilt block books I used to borrow from the school library fifty years ago; black and white drawings, no colours, no information, just page after page of quilt blocks.

I didn't find Empire Star in this booklet, however I did find Star of Empire.  Unfortunately it's a completely different pattern. 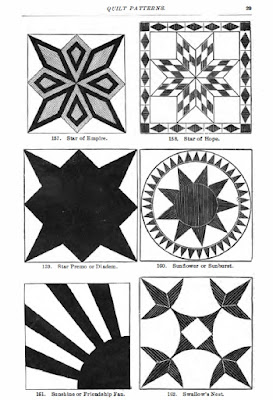 Top left hand corner.  How do you think that would be pieced?

And, what block would you choose for Star Wars Day?

Posted by Sharon~Two Bits Patches at 12:28 AM No comments: