Westward Ho - from Indiana to Texas

Since September I have looking up names on the two Quaker quilts.  I am now quite certain that Adaline Reeve made the second quilt (1935-1938) and probably made the first quilt (1916). 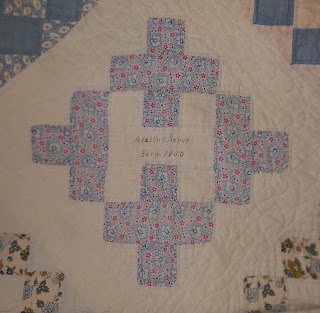 The first quilt was a birthday present for Dr. Maria Jessup who turned 70 years old in 1916.  Adaline Reeve considered Maria Jessup to be a good friend as well as a doctor.  Dr. Ria delivered most of Adaline’s ten children; when Adaline’s husband Hadley died it was Maria Jessup’s name on the death certificate. 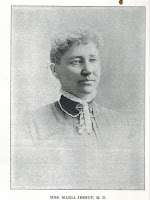 Adaline Coppock was born 7 December 1860 in Marion, Indiana to Robert and Abigail Coppock. When Adaline was 24 she married Hadley Reeve at the Fairfield Quaker Meeting. Hadley Reeve was a widower with four young children so Adaline gained an instant family. Her own daughter Nina was born the following year, and a new child was added to the family about every two years for the next two decades. Adaline’s last daughter Rachel was born in 1907; her first grandchild Richard was born in 1909.

Hadley Reeve died in 1910 at the age of 61. Adaline was 50 and still had eight children living at home on the family farm in Indiana.

Adaline’s oldest step-son Floyd White Reeve married Ethel Inis Hadley in March 1908. Their first child Esther Reeve was born in July 1909 and their second daughter Mary Louise Reeve was born in Parmer, Texas in Dec 1910. Floyd and Ethel started the westward migration of the Reeve clan to Texas.  They must have written letters home to Indiana telling of the charms of Texas life, because over the next ten years many members of the extended family moved from Indiana to Texas, including Adaline Reeve. 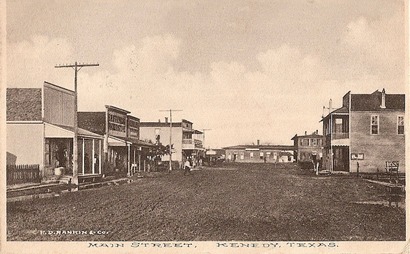 Now, I must admit, I don't know much about Texas.  I grew up in Ohio and I know the east coast pretty well, but not Texas.  So to all you family historians out there, what can you tell me about Texas in 1910 - 1920?  Why would a well established Quaker family from Indiana pack up and move everyone to Texas? If you would like to comment I would appreciate some thoughts.

I am searching for Adaline's motivation. 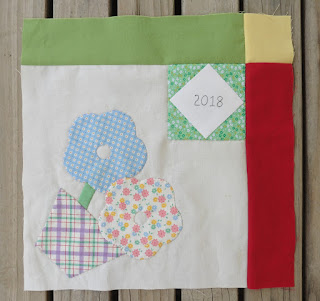 This is just finished, another block reproduced from my 1938 Oklahoma friendship quilt.  I put the date on my block, made exactly eighty years after the original. 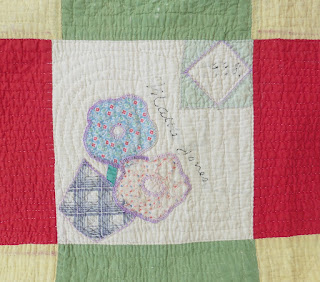 The pattern is a Laura Wheeler pattern, number 1458 called Grandmother's Prize.  I found the pattern in a newspaper archive shortly after the antique quilt arrived in the post. 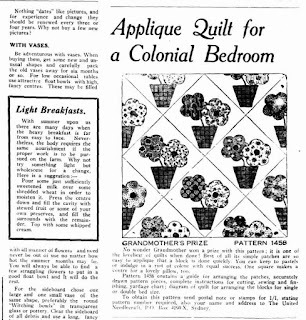 Just your typical newspaper quilt pattern in a 1939 newspaper.  Which paper did I find it in?  The Toodyay Herald, from Toodyay, Western Australia, January 6, 1939; exactly seventy-nine years ago today.  So it's not just the USA newspapers that printed quilt patterns, they were found here in Australia too.

Toodyay sounds like a great place to visit.  Wonder if there are any quilts in the museum?


Posted by Sharon~Two Bits Patches at 8:56 PM No comments: